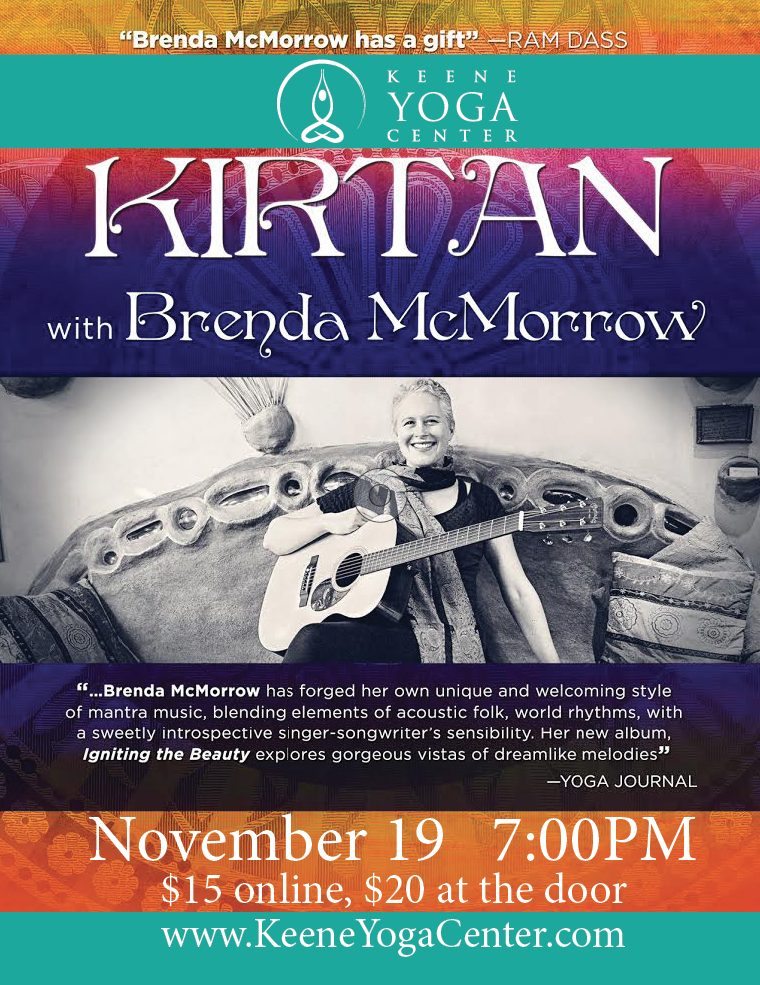 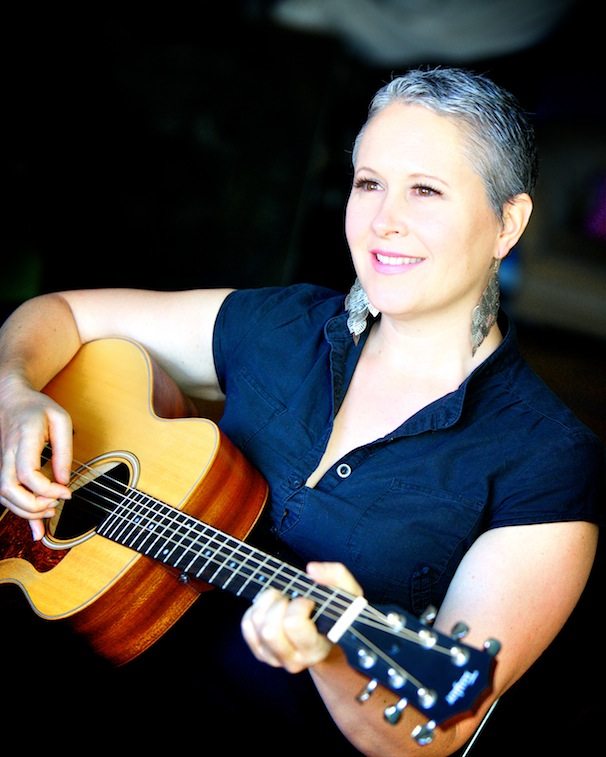 Brenda McMorrow is a Canadian Devotional Kirtan artist, and has had a rich and diverse musical career (from folk to jazz to bluegrass) and now, with a deep devotion to the unveiling and celebration of our true beings through the power of sound, she is invited to travel worldwide to share her unique blend of original folk-inspired melodies, world beats and sacred Indian devotional chants.

It was when Brenda participated in her first Sanskrit chant while attending a Yoga workshop in 2004, that she had a profound knowing her musical journey was leading her to places more expansive and heart-opening than she had ever imagined. Brenda remembers: “It was a very simple chant (Om Namah Shivaya), and at the time I had no idea what it signified: all I knew was that every cell in my body started vibrating, and I felt absolute joy”. While in India soon thereafter, Brenda began combining her own songwriting with ancient Sanskrit chants – and she has been flowing with this divine wave of Bhakti energy ever since.

Brenda is a featured artist on the White Swan Records roster, a Colorado label well known for it’s high-profile yoga-inspired artists like Deva Premal. She has accompanied Grammy award winning cellist David Darling and esteemed Kirtan musicians Jai Uttal, Wah!, David Newman, Girish and Dave Stringer, and has been invited to Bhakti Yoga festivals and events across North America, Europe and Asia as part of her most recent tour schedule. When not on the Bhaktiroad, Brenda calls beautiful Guelph, Ontario home.